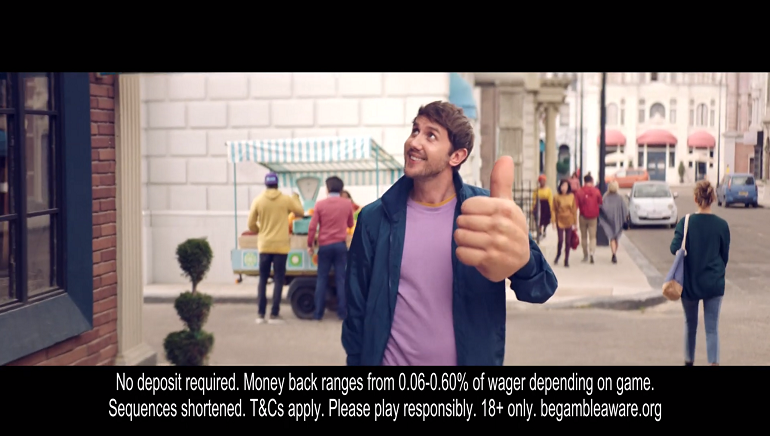 A May 2019 advertising campaign from PlayOJO Casino is now appearing on UK TV, radio, and other forms of media.

A press release has revealed that PlayOJO Casino has funded an ambitious new advertising campaign worth £10 million. Plans are that the campaign shall be deployed across a variety of media that covers TV, radio, digital, and out-of-home.

The centrepiece of the campaign is a live-action UK TV advert that has been recorded to promote PlayOJO as, in the brand’s own words, “The only truly fair casino” that pledges to work with no wagering requirements, no minimum withdrawals, and no maximum withdrawals.

The campaign is entitled “Thumbs Up OJO” and the advert was helmed by Djawid Hakimyar, a director who has previously worked with Mercedes-Benz and Purple Bricks. Meanwhile, the acting talent is supplied by Royal Shakespeare Company member Joshua McCord.

After first being aired on 17 May 2019, audiences were able to see McCord step into the role of a typical regular PlayOJO Casino player. Over the course of the advert, McCord strolls around town in a good mood and with a larger than normal thumb to show how satisfied he is from playing with the casino and receiving their fair treatment.

At launch of the campaign, Play OJO Casino brand marketing guru Peter Bennett explained that the intention was to highlight that the site does not impose any wagering requirements. Plus that any bonuses awarded are paid directly to players as cash, so as to give them complete control over how they use their funds.

Bennett openly revealed that PlayOJO “pulled out all the stops” in coming up with the campaign. And that this was evident from choosing to work with established talents in the form of Hakimyar and McCord. PlayOJO Casino is also being ambitious in trying to set itself apart from competitors and in order to become the UK’s most recognisable online casino by 2021. 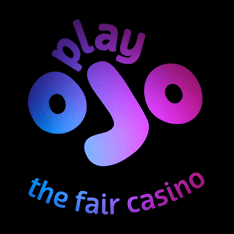