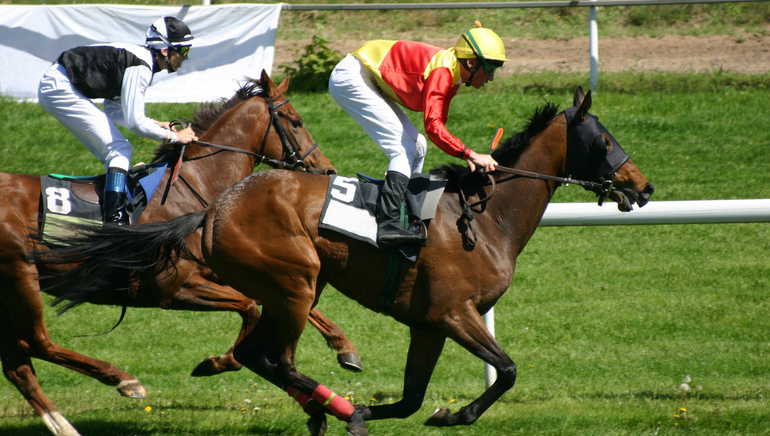 Nine horses have been declared for the Ladbrokes King George VI Chase at Kempton Park on Saturday 26 December.

It is almost time for one of the highly-anticipated races of the year, which will take place on Boxing Day, December 26 at Kempton Park Raceway. King George VI Chase has been dominated for the last two seasons by Clan Des Obeaux, winning it in 2018 & 2019, and he will be looking to join famed horses Kauto Star and Desert Orchid by making it a hat trick.

Trainer Paul Nicholls, the trainer of Clan Des Obeaux and other hopeful Cyrname, is going for his twelfth win in the Chase, but he has also trained Frodon and Real Steel.

The runner-up in the Gold Cup, Santini was also confirmed for the race by award-winning trainer Nicky Henderson.

The biggest competition for Clan Des Obeaux and Cyrname is Lostintranslation, trained by Colin Tizzard. The horse finished third in the Gold Cup in March at the Cheltenham Festival.

After some bad luck last year, Waiting Patiently, by trainer Ruth Henderson will be back in action and having his first run since his third place at the Tingle Creek Chase last year.

Black Op, trained by Tom George finished ninth at Newbury last month will be looking for a better result, while Ryanair runner-up Saint Calvados, trained by Harry Whittington is also in the mix.

As if that wasn't enough, there will begin a four-day Christmas Meeting at Leopardstown beginning on Boxing day as well. The famed Grade 1s Racing Post Novice Chase is the main attraction, along with the Paddy's Rewards Club Chase, Savills Chase, and the Matheson Hurdle will close out the event.

This will be one of the biggest races on the season for punters as well and bet365 Sports has posted competitive odds on all nine ponies in the Chase. 8-year-old Clan Des Obeaux is the outright favorite to win for the third straight year at 2.87. Cyrname is in second at 3.25, followed by Santini at 6.00 and Lostintranslation at 8.50.