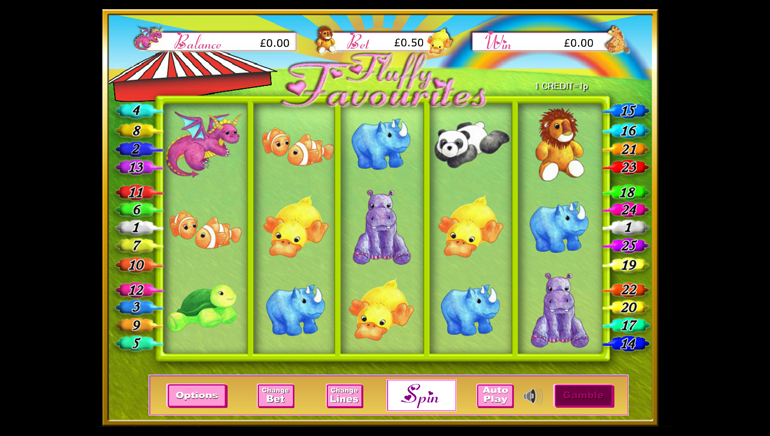 Online gambling sites in the UK that promote cartoon style games that could appeal to youngsters may now face action.

Most online casino players will be very familiar with slot games such as Fluffy Favourites, Alice in Wonderland, Top Cat and others which are themed around cartoons, fairy tales and other child-friendly topics. But it's been revealed that UK authorities are clamping down on the advertising of these and other games with similar styles which could potentially encourage underage gambling.

The Gambling Commission, the Advertising Standards Authority, the Committee of Advertising Practice, and the Remote Gambling Association have issued a joint letter to over 450 UK-approved online gambling sites. In this letter, they have requested that any advertising media containing particular colours, cartoon images, animals or images likely to appeal to children be immediately removed.

The letter was sent out on Friday 20th October and started out by saying ''We are writing to advise you to amend or remove immediately any ads on your website or in third party media that are likely to appeal particularly to people aged 17 or younger, and generally available to view.''

Particular issues concern ads which promote free games, as these were singled out as being a route that could lead to children developing a gambling habit.

Gambling advertising is strictly controlled in the UK, with a Committee of Advertising practice (CAP), code expressly requiring that gambling cannot be promoted in any way that could appeal to people below the age of 18. Although the letter picked out specific games, online casino operators will need to look carefully at their ranges and decide where the line between games that could appeal to minors and those that only over-18's are likely to be attracted to.

Comments From The Gambling Commission

Executive Director at the Gambling Commission Tim Miller has said in a letter to the British press that "Our rules require strong age-verification checks to prevent underage gambling. Where businesses fail to protect vulnerable people, especially children, we have and will continue to take firm action."