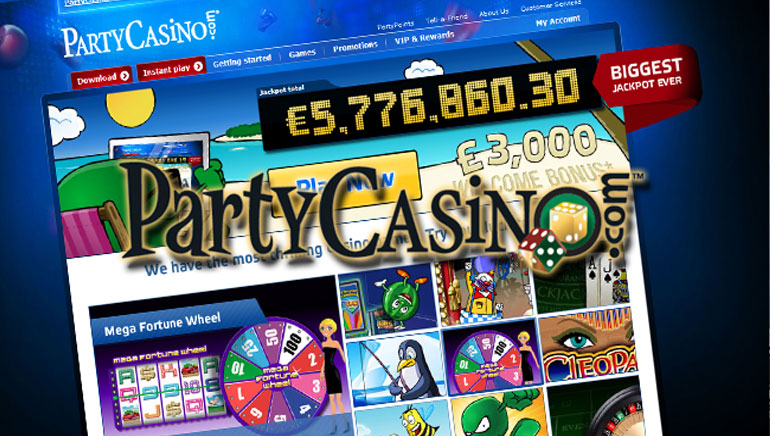 Sign up for a $3,000 bonus and entry to 2 casino tournaments this month.

Casino King is upping the pressure this month with not one but two great money-maker contests. In the 10-10-10 tournament (launching October 10, 2010) players will compete in a betting showdown. The Kung Food Cash Dash at Party Casino meanwhile is a $5,500 slot tournament kicking off October 7.

The 10 lucky players who top the wagering leader board at the end of this 10-day gaming bonanza will share the $10,000 cash pot. Despite the generous prize fund, entry is free: just log in and place bets at the casino. Those who wager the most will have a shot at the prizes, ranging from $500 to $4,000. Casino King has considerately set up a separate VIP tournament with larger stakes and prizes for high rollers, so everyone can take part at his or her budget level.

The 30-payline, 5-reel Kung Food slot is the latest addition to Party Casino's extensive repertoire. Its bonus Kung Food Fight Feature is worth up to $450,000. Players are raving about the martial arts theme, with characters Bruce Pea, Jackie Clam, Crispy Duck Norris and Jean Claude van Ham among others! Party Casino is so proud of this latest release that it named an upcoming tournament the "Kung Food Cash Dash." This is a point collecting tournament - the idea is to play the slot and win maximum points. $5,500 will be won daily, with guaranteed prizes of $200. The tournament runs from October 7 to 19, and can be played on all the casino's slots.

With these two great reasons to join up, you'll be pleased to know that Party Casino is currently offering a $3,000 welcome bonus to new members.