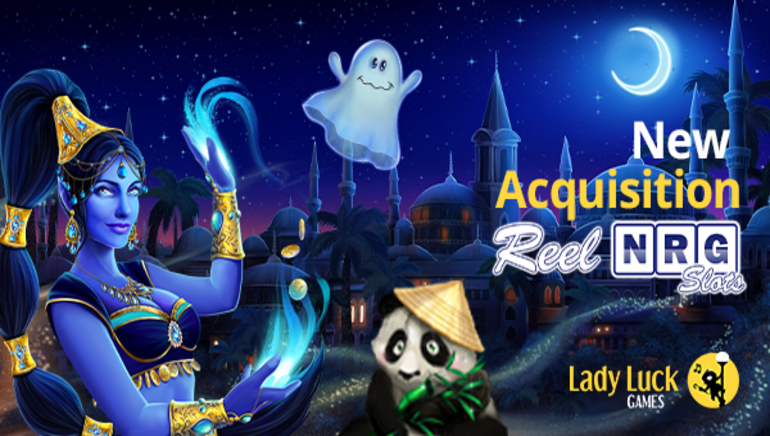 Lucky's acquisition of ReelNRG is worth SEK 8.25 million and will add 46 new games and vital gaming licenses in both the UK and Malta to the lucky operating network.

With due diligence now complete, LL Lucky Games AB has officially completed the previously announced move, with the official takeover having taken place on May 27, 2022.

ReelNRG is not being swallowed by any means, with LL Lucky looking forward to a cooperative relationship with synergies across organizational processes of cross-selling; cost optimisation; and the opportunity to further share technology and licenses in the future.

Jorgensen further commented on the impact of the acquisition on Lucky's internal organizational approach, identifying company benefits from the deal as “key customer integrations and licenses” as well as the addition of new casino games to an “already strong product portfolio,” while looking forward to linking with the company's “new development team in India.”

Currently, in possession of a healthy portfolio of 46 games and 30 or more integration, ReelNRG's technology is sure to streamline operations and increase reach at Lucky Games.

ReelNRG's in-house technology is currently distributed across the UK and other major regulated markets, with accreditation secured under UKGC, MGA, and Gibraltar licenses. Currently, ReelNRG's portfolio consists of 46 games and over 30 integrations.

Stockholm-based LL Lucky Games AB specialises in the development and production of digital slot machines for gaming operators, with in-house innovation and creative solutions with high-end technology driving their rise in the market.

ReelNRG appears the large-scale sustainable solution for Lucky to ascent to new heights in the operating and content provision sector, with ReelNRG becoming more of a household name in the iGaming global industry.9:46 AM 5/28/2022