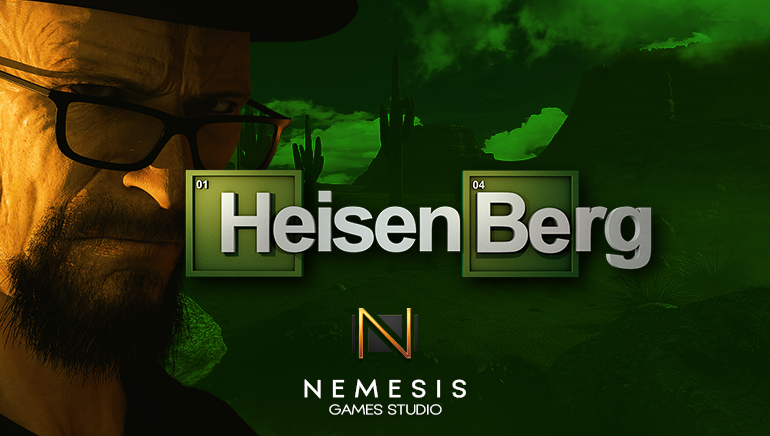 Breaking Bad is widely regarded as one of the best TV series ever made. The narrative, strong acting, and thought-provoking actions of its central characters have it rank high in the preferences of movie fans. Not surprisingly, the Heisenberg slot developed by Nemesis Games Studio and inspired by the show is hugely popular. It has won the hearts and minds of casino games enthusiasts and it is a must-play slot for anyone who watched the TV series.

Be the One Who Knocks for Profits

Heisenberg slot brilliantly succeeds and capturing the very essence of the popular TV series. At the cornerstone of this game is the Heisenberg character, who turned from a respectable chemistry teacher into a drug lord. As the reels are set into motion, fans of the show will recognize other popular characters from the movie. The soundtrack and the visual effects further immerse players into the atmosphere and bring back fond memories of the Breaking Bad series.

There is more than meets the eye about the Nemesis Games Studio slot and its authenticity is just one reason to give it a try. The game has a return to player of 96.2% which places it at the higher end of the spectrum among modern video slots. With each spin of the reels, you can produce winning combinations by lining up identical symbols across the five reels. Heisenberg slot is available on desktop computers and mobile devices, so you can enjoy it wherever you may roam.

Gear up for Multipliers and Free Spins

Heisenberg slot has five reels and 25 pay lines while being defined by high volatility. This makes it a better choice for veteran punters who can afford to bet larger amounts and wait for bigger profits. The chemistry genius is the highest paying symbol and the Blue Crystals that made him famous also play a key role. These symbols are responsible for substituting the other symbols on the reels to produce multiple wives combinations.

There is no shortage of free spins which are triggered by the scatter symbols appearing anywhere across the reels. There are extra free spins up for grabs and a bonus pick round with multiple choices. If you loved the TV show, you will appreciate the opportunity of choosing the best recipe to craft the ultimate product. Throw the original soundtrack and the MelodyReelsTM feature into the mix and you’ve got rock-solid reasons to give the Heisenberg slot a try.

Heisenberg is a fun slot to play, but like any other form of gambling, it should be enjoyed moderately. Bet only the amounts you can afford to lose and keep the gaming sessions reasonably short.